"It's a nasty truth, but those who seek to inflict harm are not fazed by gun controllers. I happen to know this from personal experience."          Ronald Reagan

The upcoming elections at ALL levels will have a long lasting effect on our rights. From the lowest town council or school board member to the President, and most importantly the judicialÂ branch, we are in a very tenuous position. RIGHTS should not be subject to permission, but recent court rulings have said otherwise. IF we don't continue to fight for our rights, to put aside our minor differences and pull together, they will most certainty be lost. The anti freedom side wants to pull us apart by using personality traits, outright lies and clever deceptions.
The next confirmed Supreme Court justices' term will likely outlive many of our lives; what legacy do we want to pass on?


Once again, the main stream media is 100% against us and acting as publicists cheer leaders for the other side. The constant bombardment of fake news, edited sound bites, and deceptive video has convinced a large portion of the public that those lies are truth. George Orwell predicted this in the 1940s and it has come to pass.


Please do two things. First, VOTE! Then try to convince every person you know of the importance of their vote. The margins in this election will be so slight that it will require our near 100% turn out or we will lose the freedoms that were granted us.


For information in more detail on some of the current firearms related issues, Much of this information is from our friends at PA FOAC. Please give it a read and pass it on. In the interim prior to the election, please continue to let your PA and US representatives know your feelings on these specific bills and regarding Freedom in general.


The past two weeks have seen a flurry of activity in Harrisburg regarding Second Amendment issues and our Constitution.


HB-2440, Pro-Gun. Designates shooting ranges, sportsman clubs, hunting facilities and businesses relating to the sale and production of firearms and ammunition as life-sustaining. This will prevent the closure of these facilities during an emergency declaration. FOAC Action Alert HB-1747


HB-1066 / SB-531, Pro-Gun. These bills strengthen current firearm preemption law that prohibits local communities from passing their own gun control laws in defiance of the Constitution. (Firearm Preemption Laws are constantly under attack by anti-gun groups)


Yesterday, the Commonwealth Court issued a notice scheduling En Banc (meaning before the entire Court) oral argument in Firearm Owners Against Crime (FOAC), et al., v. City of Pittsburgh, et al. in relation to Pittsburgh’s illegal firearm ordinances, which I was previously successful in having ruled unlawful. As our viewers may remember, in November of last year, the City of Pittsburgh took an appeal to that decision.
More Info Click Here:
https://blog.princelaw.com/2020/09/13/commonwealth-court-schedules-en-banc-oral-argument-in-foac-et-al-v-pittsburgh-et-al/


At the Federal Level:
Another piece of legislation, US SR 377, is focused on term limits at the federal level but the process being recommended is a full Constitutional Convention under Article V of the United States Constitution. Of course there is more to this than meets the eye.
Proceed with CAUTION!


The proponents believe that a Constitutional convention can be limited but legal scholars and history say otherwise. Sources in Harrisburg tell me that it is unlikely that SR 377 will actually move this session.


Further, Pennsylvania is not the only state facing these kinds of actions with Michigan debating this very issue as I write this and nearly every state has some form of legislation under consideration.


Again, why this massive effort with so much money being poured into trying to rewrite our Constitution??
It seems interesting in the extreme that in this troubled time, much of it being promoted and funded by big-money donors, that there is an organization (COS) that is willing to push a constitutional convention without even acknowledging the dangers that these billionaires present to the outcome. There is a companion piece of legislation in the house, HR 206, which also seeks to have Pennsylvania call for a constitutional convention at the federal level.
To build upon the billionaires who are funding the COS (Convention ofÂ States) effort, let’s take a look at what the anti-gun group, Everytown, has revealed this past week where they are going to be putting $1.4 million into Pennsylvania elections alone. It’s sadly ironic that they’re calling their candidates “gun sense” candidates when this organization doesn’t know one end of a gun from another, IMHO! More on this later!


Have you ever wondered why so much effort and money is being put into gun control laws when most of those efforts are targeting law-abiding citizens and not the career criminals? When you couple that with how much money is being put into the COS effort it makes one wonder if totally changing the United States Constitution isn’t the real focus of the efforts! What greater impediment to big government and corporations than the statements of our Founding Fathers on Freedom no longer being relevant in a court of law? Remember the arguments that our Constitution is a ‘living document’?
With Pres. Trump nominating Amy Coney Barrett for the open Supreme Court seat vacated by the death of Ruth Bader Ginsburg, the 180Â° swing in judicial beliefs is causing, what appears to be, a level of desperation in the actions of Democrats. Much of the outrage about Prof. Barrett is outwardly focused on her position on abortion or Obamacare but there is a seething undercurrent of recognition that the Second Amendment may finally get some fair treatment from the Supreme Court!


I have long advocated for gun owners to consider that many times the most important thing when one hears a politician is not so much what they say but what they don’t. So, let’s consider this, all of the anti-gun legislators in DC fear Prof. Barrett because she is an originalist on the Constitution. Here’s what’s not being said, that fear means to me that they have tacitly acknowledged that the Democrats on the United States Supreme Court are not impartial jurist’s but actually activist judges, Ruth Bader Ginsburg being one.


Additionally, these activist judges have been making political decisions, and 'not' lawful originalist/textual decisions, on the Second Amendment that are not supported by constitutional language and law!


Isn't this a text book description of acting on one's beliefs and 'not' making decisions based on the Constitution? Again, THIS is what scares the DC elite, that Prof. Barrett will make the 'right' and not the 'personal' decision on the Constitution! We've suffered long enough with Justices who speak out of both sides of their mouth and pay lip service to their duty!


Biden Uses Tragedy to Push Assault Weapon Ban Lies - Crime Stats Show He Is Wrong!
With the attempted assassination of two Los Angeles sheriff’s deputies, on Saturday, Joe Biden warned, “Weapons of war have no place in our communities." And within just hours of the attack, Biden tweeted praise for the original ban on assault weapons and standard-capacity magazines, which lasted from 1994 to 2004. “These bans saved lives, and Congress should never have let them expire,” Biden thundered in his Tweet.
His vitriol ‘might’ have been understandable IF ANY of his conclusions were even remotely true â€“ they aren’t!
A handgun, not a so-called assault rifle, was used to shoot the deputies. But it seems that Biden never misses an opportunity to deceptively complain about “weapons of war.”


In the past, Biden and vice presidential nominee Kamala Harris have ‘both’ applied this label to AR-15 semi-automatic rifles.
What about Biden’s claims that the assault weapons ban saved lives?


If the ban had any effect, one would think that it would reduce the number of murders committed with rifles. But the percentage of firearm murders that were committed with rifles was at 4.8% prior to the ban starting in September 1994, and averaged 4.9% from 1995 to 2004. In the
10 years after the ban, the figure averaged just 3.9%. This pattern is the opposite of what gun control advocates predicted.
Biden is making it clear that gun control is near the top of his agenda.


But no matter how much Biden (the proverbial ‘Wizard of Oz’) wishes it were true, guns bans won’t make American’s safer.
What Are the Anti-Gun Groups Doing for the 2020 Election in PA??


Here’s just One Sample: On 9/21, the political wing of the virulently anti-gun group Everytown for Gun Safety launched a $1.4 million digital advertising and direct mail campaign targeting a dozen state House seats, mostly in suburban Philadelphia, and a quartet of Senate seats, to flip the General Assembly to a "gun sense majority."


Just to refresh your memory, all of this is made possible by anti-gun billionaires like Soros and Bloomberg who not only fund anti-gun and anti-police district attorneys throughout America but also virtually everything related to the gun control movement from soup to nuts here in Pennsylvania and throughout every other state!


The Trump Administration and AG Barr Are Putting the Squeeze on Violent Firearm Felons!
For decades, FOAC has been pointing out the connection between liberal and lenient Democrat policies and violent armed thugs, especially in the urban centers in PA. At the same time, these very same Democrats have gone to great lengths to punish Americans for exercising their Second Amendment rights all the while ignoring career criminals breaking the law and carrying out violent crimes with firearms.


Billionaire Michael Bloomberg has dumped hundreds of millions of dollars into states across the country, successfully limiting the ability of law-abiding citizens to fight back against those who want to do them harm. Through his gun control lobbying organization, Everytown and their state affiliate CeaseFire PA, Bloomberg has made it harder for women to defend themselves against domestic abusers, stalkers and easier for criminals to prey on the innocent.


Everytown, CeaseFire PA, Mom’s Demand Action and other anti-rights groups conveniently target law-abiding citizens because it's easier and cowardly while they refuse to do the hard, dangerous work of going after violent criminals illegally using or possessing firearms. In point of fact, their public statements are virtually ALL geared towards blaming the law-abiding citizen.


We may not have Billions of dollars, but we potentially have Millions of VOTES! 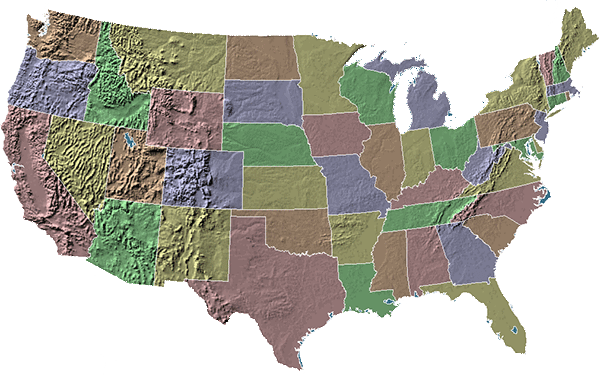