Why do liberals think they know what they are talking about?

An article from "The Week" states that "the Trump tide looks ready to recede" because so many of the congressmen from electorally volatile districts that supported Trump may be lost by the GOP.

My theory, which is of course better: if Republicans lose seats in Trump country, it's their own fault. Many of them have an inability to connect with their constituents and disavowed their leader, The President, far too many times.

Political support for POTUS remains stable. Everyone who voted for him still supports him, and very few others have altered their views (except for giving him SOME credit for the economy). 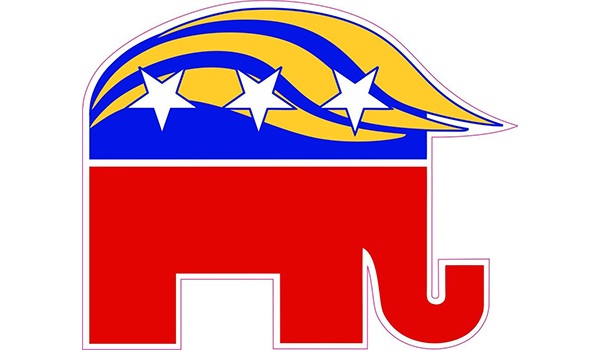 One notable exception could be apolitical citizens. After hearing how the whole world would explode from nuclear armageddon, one has to imagine there are a few potheads and beanie baby collectors going, "hey, this guy isn't bad after all!"

On the other hand, congressional Republicans appear weak in midterm polling. The core issue I see anecdotally is local candidates distancing themselves too far from Trump. Instead of providing vociferous defenses to the President and the party, quite a few of the weaklings blatantly avoid any discussion of the man who who delivered the best GOP electoral vote victory in a generation.

When examining contemporary policies, GOP voters hold resounding approval of the President, his policies and ideology. We are witnessing the Party of Lincoln rally around the Great Orange Hope.

The only difference between Trump's influence now and in 2016 is his permanence. Staunch globalists have no place within a party coalition dedicated to fair trade, less immigration, and a preservation of a once-ubiquitous belief in this country called "patriotism."

November could still go wrong for the RINOs. Motivated liberals will flock to the polls in unison to defeat a man (who is not on the ballot) they compare to Hitler for deporting rapists and murderers. Republican elites continue their silence against liberal attacks with no offensive play coming at the end of the game. When the big wigs back down to the leftist mob, Trump supporters stay home. Right now, special elections are demonstrating this GOP problem.

Trump voters are much smarter and less ideological than pundits would like to believe. All Trumpeteers don't just vote R for the hell of it (unlike previous generations of "National Review" reading loyalists). In fact, they only head to the polls for conviction-based politicians they think will benefit their electoral faction AND the country. Some will return to the party they once viewed as home, which was the Democrats, and others will give up their allegiance to the GOP if they no longer believe the leaders at the top rule for the ruby red masses.

To date, Congressional Republicans have NOT built a wall, restructured immigration policy, promoted manufacturing jobs in America, or lowered the cost of education and healthcare via free market policies. They have completed one arduous task: TAX CUTS FOR THE KOCH BROTHERS!

And yes, Gorsuch is on the court, but you know just as well as I do that tax cuts are the selling point at donor meetings in Palm Beach and Greenwich.

Without using a multitude of policy reports and exit polls, let's debunk the "tax cut forever" theory with gusto:

-The candidate that attracts voters concerned about the economy has lost recent elections. Mitt Romney won voters whose top concern was the economy; Hillary did too.

-Voters do not change their minds all that much because of tax cuts either. Wealthy voters favored Obama and Hillary in many states even though both candidates demanded higher rates on the rich. Poorer voters in many cases flocked to Donald Trump over his stance on various cultural issues; whites without college degrees, who on an economic spectrum should (at face value at least) support democrats, have trended republican for decades.

When a country is created to include tribalism and identity politics, as America has post 1965, economic issues simply turn into number crunching for think tanks to argue over. In the end, watching right and left wing aristocrats discuss the economy gets pretty boring since both want mass migration. The right winger gets their maid, and the leftie has a maid AND moral superiority.

Culture wars create winners and losers, and for the first time in several decades, the right has made inroads. Many conservatives worried about candidate Trump's attacks on the NFL for their policies regarding the national anthem. While the beltway children denounced the discussion as something below a President's duty to speak about, millions of people who agreed with the thrice married, casino owning reality television star saw his position as a stepping stone to supporting him on that fateful November day in 2016. As a candidate, Trump proved that republicans who reach out to the masses on current events can attract quite a fan base. All he had to do was select good topics and never apologize. 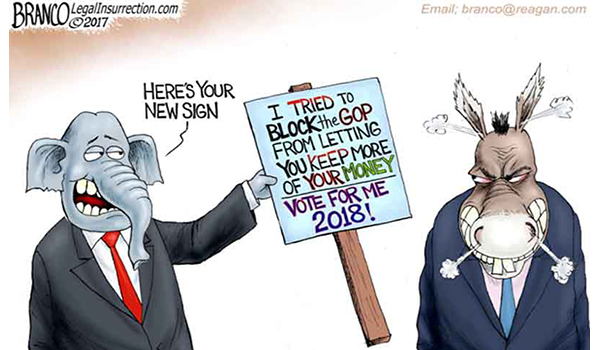 In the end, people will affiliate themselves with those who they relate with and feel comfortable around. With that in mind, get rid of McConnell and Ryan and replace them with people who give a damn about their voters. Trump shows the world every day that caring about the people who support you, and the causes they connect to, is the key to political victory.