Kavanaugh, Kaepernick, and the Craziness
September 2018

Everyone keeps writing about the same two men, so I'll jump on the bandwagon too. Let's connect the dots to see why they represent more than just daily fodder for CNN.

Football and SCOTUS may not have much commonality, but Americans witness a similar trend in both institutions. For the case of Colin Kaepernick, kneeler-in-chief of the NFL, his recent promotional deal with Nike fills many on the Right with rage. How a man so unpatriotic could earn such a deal behooves Breitbart readers and #dogright tweeters.

At the same moment, Supreme Court Justice nominee Brett Kavanaugh faces unprecedented backlash at Judicial Committee hearings. A constant cacophony of reckless hollering from the audience joins Democrat Senators unjustly attempting to disrupt the confirmation process for political gain. Anyone watching the news from Capitol Hill over the last few days sees the pure lunacy of unhinged leftists in the country. 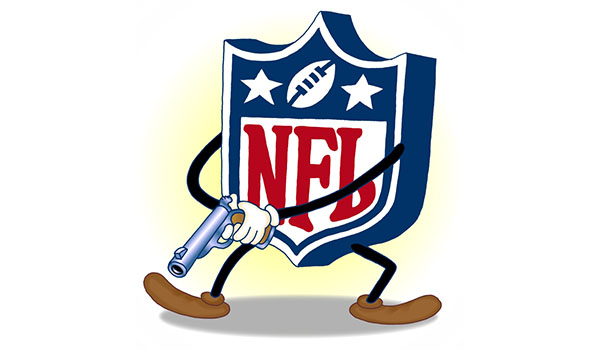 Kaepernick broke the rules of his contract, which include standing for the National Anthem. He is anything BUT a follower of the rules, yet he is cheered on by half the country for his disrespect of our flag and freedom fighters. While Senate Republicans attempt to follow typical procedures to add a needed justice to the highest court of the land, many praise the democrats attempting to block this perfectly legal and constitutionally necessary event.

Both situations fall in line with a classic liberal measure: disregarding the rule of law. One of the key values Anglo Saxon Protestants brought to our nation was the notion that once a rule is in the books, it must be followed.

Changing those rules is acceptable, and at times encouraged, but people can not just say "I don't like the law, so that law has no meaning."

2018 (and years before now) delivers a different picture of the rule of law. Constant calls for an impeachment of a President who has committed no impeachable offense; embracing a football player who breaks a contractual obligation (private law matters too, people!); abandoning congressional decorum for mob rule over a vital branch of government. These problems were created by the left to benefit their own political capital accounts.

I hope somebody with some sort of power out there reads the history of our founding and sees that the nation was not supposed to be this way. We may have rights, but we also have rules. Now is the time to enforce them and for our culture to embrace them too.

Pray for common sense, but change is easier said than done.