Many may have seen the video of New Jersey Port Authority Commissioner Caren Turner scolding police officers for stopping her daughter due to a traffic violation.

The video reached national news because of the Commissioner's rude remarks, but also over the fact that she deemed her position as a commissioner as a sign of privilege. Along with other crass remarks made at officers, Turner specifically chastised one of the officers for calling her "miss. "Don't call me miss, I'm Commissioner," she whines.

Turner waved her Port Authority badge around as if she was displaying VIP tickets for a rock and roll concert. There was absolutely no interest from the lovely Commissioner in allowing law enforcement to properly conduct their jobs. Apparently, if you are an overeducated, stuck up, white liberal lady, nobody should be able to judge you, or your children.

A video of an annoying government worker thinking they are better than everyone else comes as no shock to me (I've met too many of them to remain ignorant). The sad truth of this altercation becomes more clear every day though: the swamp is large, the swamp is dirty, and the swamp may never get cleaned up.

Sure, Turner resigned from her position, but I will make the brazen assumption that she will keep her pension and lifetime benefits. New Jersey state taxpayers, including teenagers who can't even vote, will get to support Turner and her family for decades to come. Meanwhile, the state is (financially) falling apart and will one day face insolvency with current debt obligations and spending levels.

Every time a bureaucrat, especially an unelected one, acts as a buffoon, we should all take a moment of silence. Americans ought to remind themselves of their parents, grandparents, friends, and previous ancestors who fought and died for our nation. Hey, even include the people who didn't die in war; your pipe fitting great grandfather is probably turning in his grave seeing the despair our societal institutions have acquired. 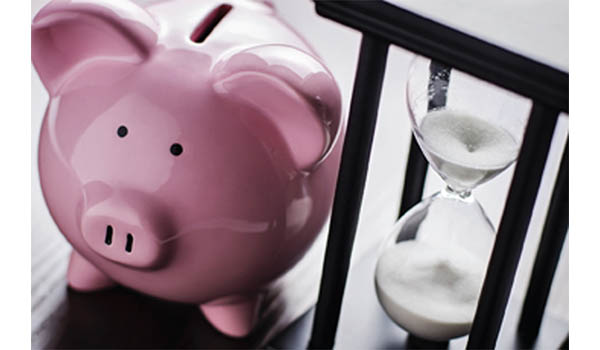 To take some syntax from Yoda: a long time coming this government worker nonsense has been. White collar workers with excessive pay and benefits was never the intent of the founders for our civil servants. People were supposed to work in government because they felt a sense of higher purpose and desire to make our nation great (oops...I pulled the trump card!), not to earn some grand giveaway.

We see this entitlement everywhere in the public sector: statewide school strikes, scandals kept away from the public eye, misuse of taxpayer funds, and many more incidents just like the commissioner's ridiculous behavior.

While the high and mighty upper classes and our overpaid public employees complain about poor pay and benefits for the government sloths, maybe they should look at the facts: 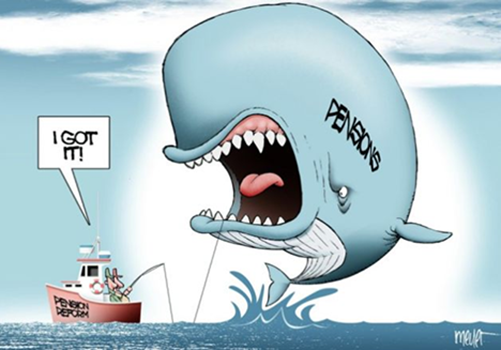 Also consider the fact that several states throughout the country are going broke because they can no longer afford the astronomically high pension obligations owed to public workers. The Pennsylvania State Education Retirement System (PSERS), for example, has seen an increase in employer obligations from roughly 7 percent in the 2008 school year to over 33 percent this coming school year.
(psers.pa.gov/About/PFR/Documents/20171208-20FY-202018-2019-20ECR-20fact-20sheet-20FINAL.pdf )

The main reason behind the PSERS malfunction is because of heavy stock market investments, which are known to be volatile, underfunding (imagine that, the government doesn't plan for the future), and also excessive benefits. Teachers who serve a lifetime in the system can leave with a benefit that equates to 2.5 percent of their average income from their three highest earned years multiplied by their years of service. If you averaged 90,000 dollars per year in your last three years (which is common in suburban districts), and worked for 35 years (25 to 60), your pension equates to roughly 79,000 dollars per year, before including all the luxurious health benefits! 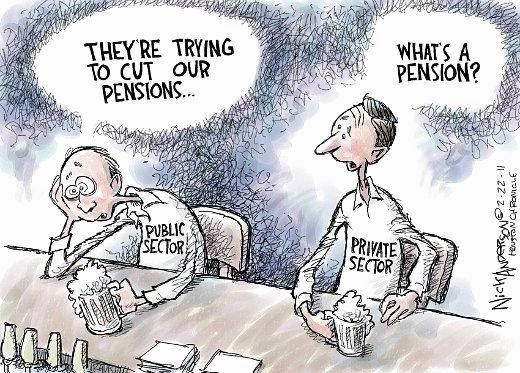 Seriously, who in the private sector receives better benefits than government employees, excluding corporate executives? For those of us who are in the middle classes, just trying to scrape by, take some time to look at government pay scales. See what your local school teachers make. Take a look at what your state administrators make. Consider their pension plans. Then, ask yourself, "do I really feel bad for these people?" We might say we do in polite company, but I think it's increasingly clear that the working men and women of America don't appreciate the outrageous demands of Democrat voting, thumbsucking bureaucrats. Forget this crass she devil of a human being and how she treats our law enforcement; think of the much greater issue at hand.